Derived from ‘psuke-soul’ or ‘breath’ and ‘logos,’ ‘knowledge,’ psychology is the scientific study of the mental discipline and behaviors. Its practitioner, a psychologist, may be a specialist in behavioral, social or cognitive science. Psychologists are working almost in all the important walks of life including, hospitals, Armed Forces, sports, academia, media, law, and social welfare. This, however, does not mean that this discipline has suddenly sprouted like the mushroom’s growth only in the modern times. Rome was not built in a day, and neither was psychology developed all of a sudden. It took years of effort on the part of many learned men and women. There were great psychologists behind the development of valuable theories like functionalism, structuralism, and psychoanalysis. Guns can do nothing without the men behind them, and psychology might not have done so well without the men behind this discipline. The psychologists, many of whom, are world renowned. Psychology is concerned the most with mind and soul which are, at present, the least explored and understood areas. Human beings have yet not learned to exploit the capabilities of the mind to its fullest potential. Even a born genius has been able to utilize only a small proportion of the whole mind.

Sigismun Schlomo Freud, better known as Sigmund Freud, was born on May 6, 1856 in Freiberg Mahren, Moravia, Austrian Empire, and died in London, England on September 23, 1939 at the age of 83. He was a neurologist but is best known for his Theory of Psychoanalysis. It is an investigative method to probe into the mind to find out the way one thinks. It is applied to treat psychological or emotional imbalances especially relating to the unconscious conflicts in a person. He developed psychopathology to treat the patient through a dialogue between the patient and the psychoanalyst. He developed the technique of Free Association in which the patient expresses himself without any reservation. He devised this technique from the hypnotic method of his colleague Joseph Breuer. Freud was awarded the Goethe Prize, and he was also a Foreign Member of the Royal Society of London.

Carl Gustav II Jung, better known as Carl Jung, was born to Paul Achilles Jung and Emille Preiswerk in Kesswil, Canton Thuragu, Switzerland on July 26, 1875. Being his colleague, he was influenced by Freud but developed his own theories. He rejected the Freudian focus on sex and emphasized symbolism. Introverted and extraverted personality archetypes and the collective unconscious, the complex and synchronicity are his unique theories. The well-known Myers-Brigg Type Indicator (MBTI) was developed on the basis of his theories. Carl is best known for his Dream Analysis and Symbolization.

Erik Salomonsen, usually known as Erik Erikson, was born on June 15, 1902 in Frankfurt, Germany and died in Harwich, Cape Cod, Massachusetts on May 12, 1994 at the age of 91. The famous phrase ‘Identity Crisis’ was coined by him, and he was known as an Ego Psychologist. Formally, he was not a graduate but taught at prestigious academia like Harvard and Yale. Erikson is best known for his Theory of Personality. Unlike Sigmund Freud, he postulated eight instead of five stages of development and yet added the ninth as appeared in his book The Life Cycle Completed. These stages included: Basic Trust vs. Mistrust, Autonomy vs. Shame, Purpose vs. Initiative, Guilt vs. Competence, Industry vs. Inferiority, School ages 6-11, Fidelity, Intimacy vs. Isolation, Generativity vs. Stagnation, Ego Integrity vs. Despair.

Abraham Maslow was born in Brooklyn, New York on April 1, 1908 and died in Menlo Park, California on June 8, 1970 at the age of 62. He is best known for developing his Theory of Self-actualization and Maslow’s Hierarchy of Needs. As a professor, he had been teaching at Brandeis University, Brooklyn College, New School of Social Research and Columbia University. He considered people as persons of qualities rather than treating them as a bag of symptoms. His positive approach laid the foundation of Humanistic Psychology. He theorized that all human beings have a keen desire to realize their fullest potentials to achieve the appropriate level of self-actualization. He exemplified his Theory of Self-actualization by his model of self-actualized persons including; Albert Einstein, Ruth Benedict, Max Wertheimer, and Lao Tzu who founded Taoism.

Martin Seligman was born in Albany, New York on August 12, 1942. He received his Ph.D. from the University of Pennsylvania. He is renowned for his Theory of Learned Helplessness. It relates to human beings or animals which have learned to behave helplessly and do not respond to avail themselves of opportunities or avoid threats. According to the learned helpless theory, mental illness or clinical depression may be caused by the absence of control over the situation. Anybody who is ineffective or less responsive in determining the consequences is said to have acquired learned helplessness. He has explained his theory in his book Helplessness: On Depression, Development, and Death. In 1998 Seligman was elected as President of the American Psychological Association known for the APA style of citations.

Carl Rogers was born on January 8, 1902 in Oak Park, Illinois, U.S. and died in San Diego, California, U.S. on February 4, 1987 at the age of 85. He is considered one of the founding members of the Humanistic Approach to Psychology and Psychotherapy Research and was recognized by the American Psychologists Association in 1956 for his outstanding scientific contributions. His Theory of Self was based on 19 propositions, and the first was that all individuals exist in an ever-changing world of experience or phenomenal field of which they are the center. For his work with the intergroup conflict in Africa and Northern Ireland, he was nominated for the Nobel Peace Prize.

Joseph Jastrow was born on January 30, 1863 in Warsaw, Poland. His father, Marcus Jastrow, was a Talmud scholar. Joseph Jastrow was the first person to receive a doctorate in psychology as a student of G. Stanley Hall at Johns Hopkins University. Later on he became a professor at the same university and also presided over the American Psychological Association in 1900. He is best known for his theories of Experimental Psychology, Design of Experiments and Psychoanalysis. He is also known for the optical illusions like the Jastrow iIllusion of ‘Duck & Rabbit.’

G. Stanley Hall was born in Ashfield, Massachusetts on February 1, 1844 and died on April 24, 1924. He was educated at Williams College, Union Theological Seminary and Harvard University. He is best known as the founder of the American Psychological Association of which he was the first president. In 1909, he invited Sigmund Freud and Carl Jung to lecture at the Clark Conference. In 1917 he published his famous book on religious psychology, Jesus the Christ in the Light of Psychology.

William James was born in Astor House, New York City, New York, on January 11, 1842 and died in Tamworth, New Hampshire on August 26, 1910 at the age of 68. In his life he met great people like Bertrand Russell, Mark Twain, Sigmund Freud, Josiah Rice, Walter Lippman, and many others. In 1896 he delivered a lecture titled ‘The Will to Believe,’ to explain his theory. His two-stage, decision-making model separates choice from chance; the former being the free action of the individual. He said about himself, ‘I studied medicine in order to be a physiologist, but I drifted into psychology and philosophy from a sort of fatality. I never had any philosophic instruction; the first lecture on psychology ever heard being the first I ever gave.’

Alfredo Binetti, better known as Alfred Binet, was born on July 11, 1857 in Nice, Kingdom of Sardinia, and died on October 18, 1911. He is best known for devising the world famous intelligence test, initially known as the Binet Test and currently known as the IQ test. This test was based on the Stanford-Binet Intelligence Scale. The scale consisted of 30 progressively difficult tasks starting from the easiest to the most difficult.

Human beings are composed of body, mind, and soul. Whereas the last is capable of independent existence, the former two cannot survive without it. The soul is, therefore, the most important of all the three. The mind is perhaps the next most important factor in the life of human beings. And those who were mentally underprivileged, were, not very long ago, treated like animals and kept chained like criminals rather than being considered as patients. It was only after the development of psychology that they, at last, started receiving humane treatment at the hands of their fellow human beings.

This article throws light upon the six important theories of transfer of learning. The theories are: 1. Mental Discipline 2. Identical Elements 3. Generalization 4. Transposition 5. Ideals 6. Learning to Learn.

This theory came to existence in 20th century. It is philosophical in nature. Mind is the central position which is composed of several facilities. These faculties are to be trained through muscular and physical training. This facility psychology developed during 1734.

The diagram below explicates the theory of mental discipline:

From the above diagram it is known that bright students learn better than that of slow learners because memorization is more faster in length students where as slow in slow learner.

E.L. Thorndike has developed this theory. It goes from on learning situation to other situation. Two identical factors or activities or common factor transfer to total situation where maximum transfer of learning or total learning can be taken place. It goes from matter to mind.

This theory is developed by C. Judd. In this theory transfer of learning takes place primarily through generalization and degree of transfer depends upon the extent to which experiences in the first situation are understood and consolidated into generalization.

Better transfer can be possible when one can understand the principle. It is just an extension of the theory of identical elements. General principle Specific solution Laws of refraction More significant One situation —> transfer other superior situation. It is a fact that when practice of anything is made without training, then result comes within automatically.

It is advocated by Gestalt psychology. Transfer starts in understanding the fact and perception of similarity by the learner. It is known as pattern of relationship. It is not the specific skills or facts or even underlying principles which are important, but the understanding of relationship between facts, process and the principles are the real basis of transfer. 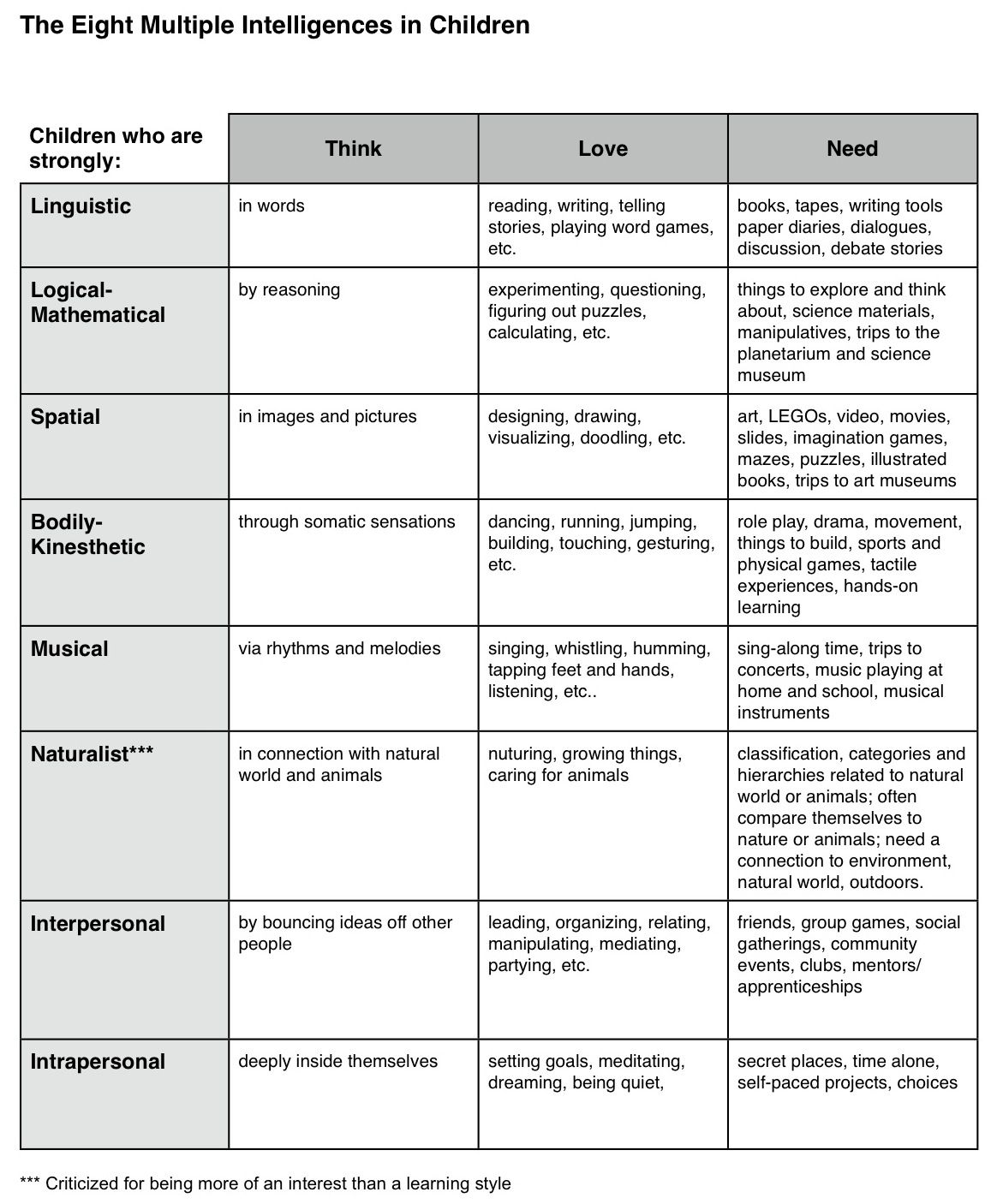 It was propounded by W.C. Bagley. When ideas are stressed are perused then transfer of learning can be taken place. Ideas like honesty, truthfulness, love etc. can be transferred in this theory.

After practicing a series of related or similar tasks then learner learns the capacity to learn the same thing. It is found that whenever learner comes in contact with various learning materials then he learns efficiently and effectively. Learning to learn means when learning starts from one method then it goes to another method.