Home improvement giant B&Q sent shockwaves through China's retail market when it suddenly announced it would close a third of its stores.

Our company does business such as shipping, air transportation, import/export. We have our own warehouses, including dangerous goods warehouses, to provide the most efficient integrated logistics services ranging from International Air & Sea Freight, Project Solutions, In-plant Logistics, Domestic Warehousing & Distribution. B&Q is highly integrated with expedited services like.

The British retailer was seen as one of the first major casualties of both the economic downturn and the slump in the property market, which had directly impacted sales of its bathrooms, kitchens and building supplies.

B&Q, owned by the UK-listed Kingfisher, which came to China in 1999, said it was closing 22 of its 63 stores. It also said that 17 of its 41 stores were 'too big' and is looking for other retailers to rent the extra space.

So far all the focus has been on the economic downturn and property slump being blamed for B&Q's plight but many retail analysts and experts are skeptical as to whether this is the whole picture.

Ignatius Tong, who heads the consumer goods and retail competence center at strategy consultants Roland Berger Greater China in Shanghai, said foreign home improvement brands are finding it difficult to establish themselves in the China market because the Chinese have difficulty grasping the concept of 'do-it-yourself'.

'It is very rare that a Chinese consumer will do it him or herself. You would use a contractor you know, perhaps through a friend,' he said.

'Part of the problem is that the B&Q model and the US Home Depot model, that of the branded chain, has not been translated properly in the Chinese market.'

'They don't really get this idea that it is a place you can go to get trusted service, a wide selection of products and where people from all walks of life can go in and buy anything from a light bulb or completely fix their house,' he said.

B&Q, which continues to describe itself as 'China's No 1 home improvement retailer', insisted last week it was still fully committed to China. It said its store closure plan was vital restructuring as part of a $40 million 10-year China growth plan.

It also maintained it was investing money in revamping the remaining stores and was creating the B&Q Next Generation Store Concept.

Matt Tyson, CEO of B&Q Asia, said the company is determined to win in the market.

'B&Q is committed to China and with firm support from Kingfisher, which is in a strong financial position globally, we are here in China for the long term,' he said.

'We are confident the new concept in our Next Generation China stores will improve our existing store performances as we redesign our business focus and operations with the customer in mind,' he said.

The main branded outlets had only a fractional share of the overall market with B&Q having just 63 outlets, the American chain Home Depot, which entered the market only two years ago, having just 12, and IKEA seven.

Two years ago, according to management consultants AT Kearney, the top four branded outlets, B&Q, IKEA, Oriental Home and Home Mart, had only 2.5 percent of the market - B&Q being the market leader with just 1 percent - leaving the other 97.5 percent up for grabs.

Occasion kyburz. The market instead is largely dominated by numerous small-scale Chinese manufacturers and retailers who rent buildings from developers in edge-of-city retail developments.

These retail developments have a floor for lighting, one for flooring, one for furniture, one for paint and another for drapery.

'Many of these used to ship all their stuff off to the West to the likes of Home Depot but now they just open up relatively inexpensive shops in Nanjing, Shanghai or Hangzhou. They put three guys in there on minimum salary and they get all the margin, both wholesale and retail,' said Tong at Roland Berger.

He insisted the Chinese consumer has yet to fully value the brand name displayed on the front of stores and tends to view one home improvement outlet very much like any other.

'They don't need to see B&Q or Home Depot on the forehead of the store to feel secure about what they are buying,' he said.

In many ways B&Q's decision to cut back on the number of its stores and to invest in a new store format (its first Next Generation China Store was opened in Putuo, Shanghai last month) is a logical step in trying to establish a strong brand image and break down some of the fragmentation.

The new stores have been made more female-friendly, reflecting the fact that women in China are often the key decision-makers when it comes to making home furnishing decisions. The stores are also more modern and have a more user-friendly lay out to make them attractive retail destinations.

'We have to act decisively to address the changing environment by building a solid foundation to ensure our sustained growth for the next ten years. We firmly believe that our new proposition to the market will lead the change in the industry and continue our successes in China,' B&Q's Tyson said last week.

'We believe that only by understanding our customers and providing them with what they really need can we continue to strengthen our market-leading position.'

Home Depot has already lain its cards on the table in terms of what its future plans in China are likely to be.

The US giant has 2,200 stores mainly in the United States but also has an overseas presence in Canada and Mexico as well as China.

Frank Blake, the company's chairman and chief executive, said Home Depot would try and make a success of the market or ship out.

'We want to figure out how to make money there. We'll either figure it out or we won't be there,' he said.

He said the company's aim was to have a lot of profitable stores, not just 12 in a country with a population of 1.3 billion people.

But he said the lack of an established do-it-yourself market and the fact that vendors and distributors operated differently made it a hard market to crack.

'While we are pleased with the business performance, we're still not confident we've got the right business model,' he said.

According to research by management consultants AP Kearney, the so-called 'Big Box' retailers are jumping the gun by being in China at all.

The company's research points to such retailers only being able to get a foothold in markets where the per capita income is above $9,000 a year (61,506 yuan).

They have successfully moved into countries like Mexico and Poland, where income levels are above this threshold level but not into Colombia, Thailand, Malaysia or Brazil.

Howard Abe, head of consumer industries and retail practice at management consultants AT Kearney Greater China and Asia, based in Shanghai, said it will take Chinese consumers between 6 and 13 years to reach these levels.

'The current low income levels combined with the slowdown in the economy means you have a stale market at the moment,' he said.

'The 'Big Box' retailers seem to be here now to be in a position to take advantage of much bigger returns in the future,' he said.

'Although the fact that the market is so fragmented makes it difficult to get a foothold, there are huge rewards available for those who do eventually manage to get a significant market share and the opportunity is there because there is a whole 97.5 percent to go at.'

Abe said he does believe that the likes of B&Q and Home Depot will become increasingly more attractive to middle-class consumers over time because they will benefit from greater transparency in pricing when it comes to improving their properties.

'Although Chinese consumers mainly use contractors, they like the fact they have a much better idea of the prices they are paying. They can go to these stores and jot down the cost of their finishings and materials. So they are unlikely to be cheated by the contractor out of paying a fair market price. The only real variable now is labor which is the cheapest part anyway,' he said.

While the consumer is developing a taste for the 'Big Box' retailers, the companies themselves are weathering a storm.

'They have been hit by something of a triple whammy. You have the housing transaction slowdown, you have the consumer tightening his or her belt, so if they do buy a house they are not spending money on improving it and you have this third factor of whether their business model actually works in China,' said Tong at Roland Berger.

Although they are at the sharp end, the current difficulties of the home improvement retailers are likely to spread further into the rest of the retail sector over the coming months as the economic downturn deepens.

'We are already seeing electronics retailers selling big screen TV sets being affected and I think the next ones to feel the impact will be the department stores, where big ticket items make up a major proportion of sales,' added Abe at AT Kearney. 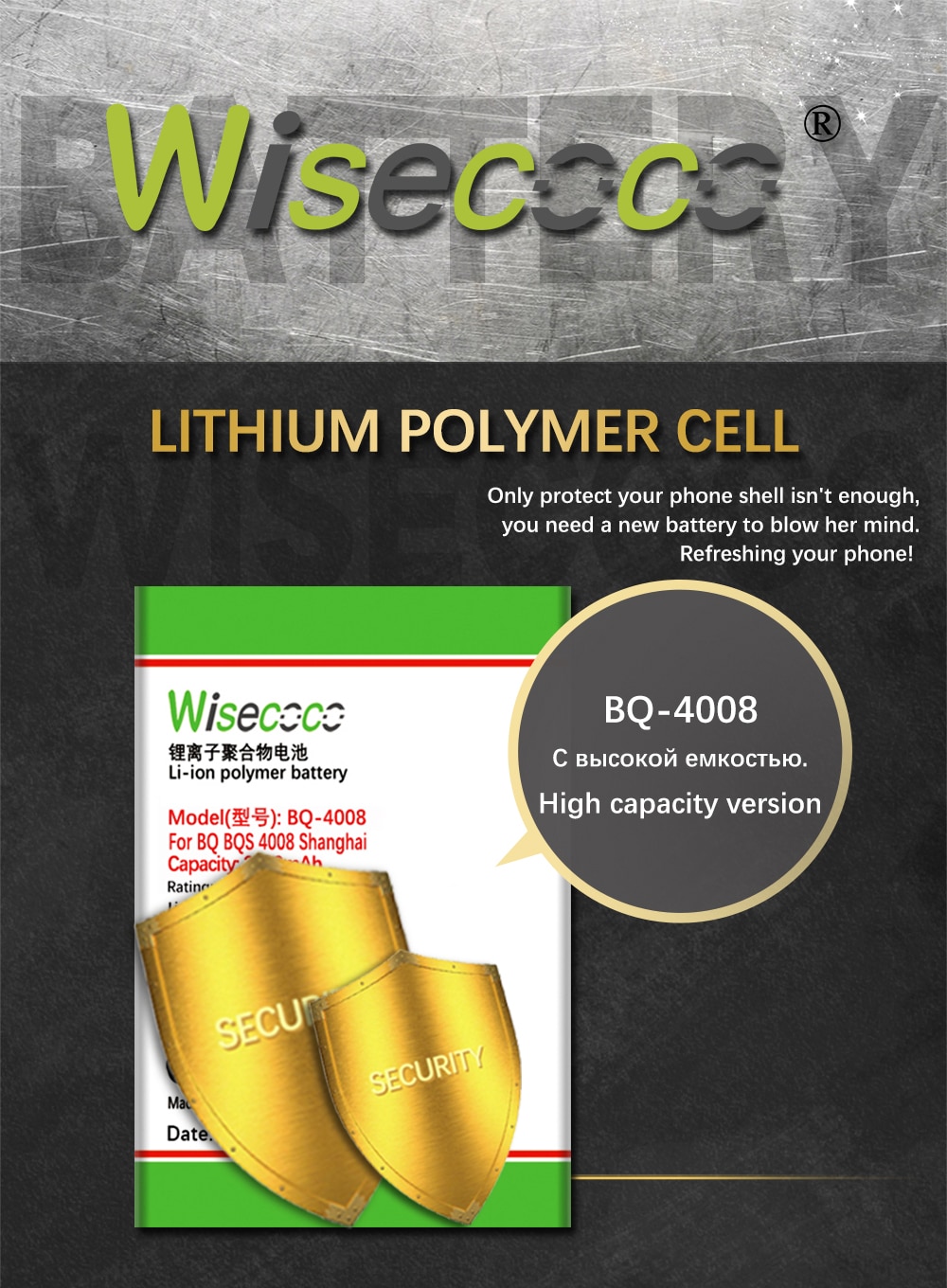 Hi,
Im am new to this forum when it comes to posting but i have been lurking around for some time now
I hope i put this question in the right category.
Is there any nice easy to find DIY stores in Shanghai?
Because i am going there on saturday and will stay for one weak, and maybe i can get some time out of office and go shopping
And this time i would like to be able to find some nice DIY things there, or maybe headphones or such.
I gues almoust everything should be less expenssive in Shanghai compared to Sweden
Well if you know anything i would apreciate it, and if you have the adress in Chinese writing it would be even better
Thank you
Regards
Erik
Top News