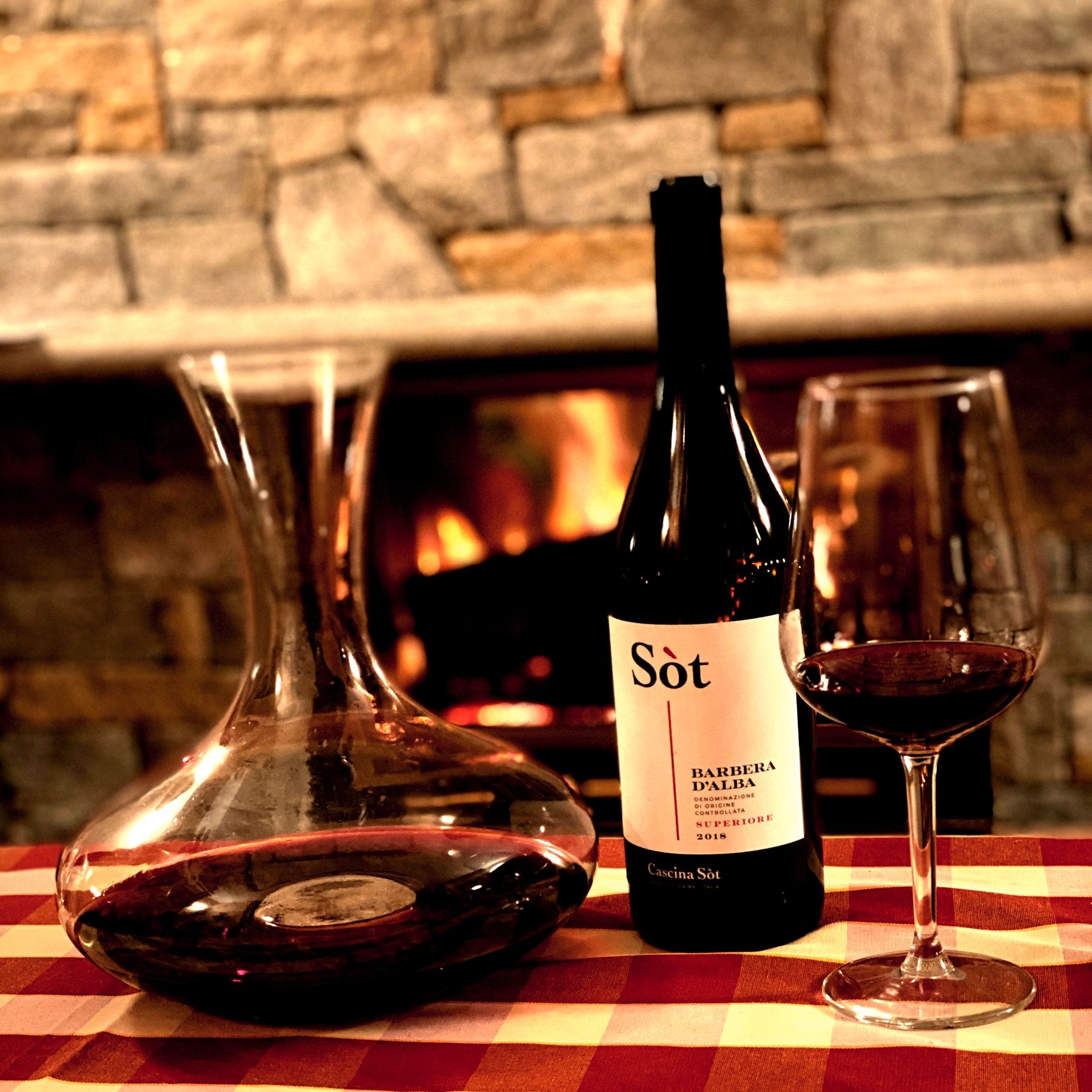 Cascina Sòt is a family run winery in Monforte d’Alba. In 1975, after years of sharecropping, at a time when everyone was abandoning the countryside, Giuseppe Sanso and his wife Maria bought the estate. Like most farmers, Giuseppe and Maria’s cultivation was a mix of fruit, grains and some grapes to sell in bulk.

In 2008 their son Leonardo Sanso and his wife Silvana took over the business and decided to focus exclusively on viticulture and the production of high-quality wines from their two hectares of vineyards. Leonardo’s vineyard knowledge combined with his sharp business acumen led to two significant improvements. Firstly, the old Dolcetto vines in the family’s best vineyards were replaced by new Nebbiolo grape varieties. The second big step was to acquire more land in Monforte to increase the production and the range of wines offered.

The Sanso family today owns 17 hectares of vineyards mostly located in the highly regarded Bricco S. Pietro subzone in Monforte. Bricco San Pietro is the second largest Cru in the commune of Monforte d’Alba, preceded only by Bussia. It is located along the west side of Monforte, on an altitude ranging from 250 to 520 meters above the sea level and its soil, like Bussia’s, is formed by clays, limestone and Sant’Agata fossil marls, a very ancient soft rock dating back to 10 million years ago.

In 2014, after working as oenologist in a few local wineries, Maurizio Sanso, joined his parents determined to further improve the quality of Cascina Sòt wines and take the business to the next level. More recently, Maurizio’s young sister Lorena joined the firm to follow the office and the marketing activities. Quote on bitcoin.

The Sanso family is determined to produce wines that represent the fullest expression of the Monforte terroir by focusing on strict integrated viticulture and traditional practises in the cellar.
Cascina Sòt produce two Barolo from their best vineyards in Bricco San Pietro. The straight Barolo is made from 25 years old vineyards located in the upper part of the hill. The Barolo Bricco San Pietro is made from the family oldest vines, which are about 88 years old.

Ultravino is the UK exclusive importer