David points out that the common Tagalog phrase “kulot salot” (kulot means curly, while salot means plague) “explicitly conveys this sentiment that curly or wavy hair is to be avoided and straightened.”. We provide Filipino to English Translation. We also provide more translator online here.

A sloth sanctuary is a reserved piece of land where the habitat of sloth and other creatures are protected. They can be called National Park for Sloths, Sloth Forest Reserves or Local Zoos where the sloths. She told us that she was going to let us have as much time as we want and didn’t want to bother us with details: but it would’ve been nice to learn a few things about the sloths. However, she did seem to be catching up with her Facebook and Instagram.) If you are a sloth. The ZWCC Sloth Center is located at 74320 Larson Rd., Rainier, OR 97048. Please note that the center only accepts reservations made 24 hours in advance. Visit their official website to plan your visit. Have you visited the sloth center before? Per MINAE conservation regulations, only Sanctuary staff are allowed to handle sloths. When handled by unfamiliar people, sloths exhibit tachycardia (abnormally fast heart rate) that weakens the heart muscle, a cause of premature death. Also, foreign microbes and allergens attached to guests can compromise rescued sloths’ immune systems.

Share your videos with friends, family, and the world. Google translate: kulot salot. The phrase “Tell me who your friends are, and I’ll tell you who you are” reminds me of that other phrase about birds and feathers flocking together, or something close to that –I don’t really remember the exact words are but try to google it.

Sep 28, 2019 MANILA - There’s a stupid Filipino saying that went around and carried on through generations just because it rhymes: “Kapag kulot, salot” (curly-haired are cursed.) While very few took this quite literally, many people who have curly locks admit they went through bullying because of this catchy phrase or the idea that it represents.

The truth is, for the most part New York is a dirty ugly place. I don’t just mean that it’s grimy and polluted which it is. Or that all the buildings and people are cramped together which they are. It’s ugly because it lacks a coherence.
It’s almost as if the city just sporadically grew on its own, without any thought to urban planning. It has art deco style architecture next to a gothic cathedral. The subways are decorated with trash, soot and of all things kitsch art! New York sets no boundaries in style or in its different districts. One minute I’m strolling down Chinatown and the next thing you know it, I’m on already on Wall Street. Can you imagine Divisoria turning into Makati in a matter of minutes? 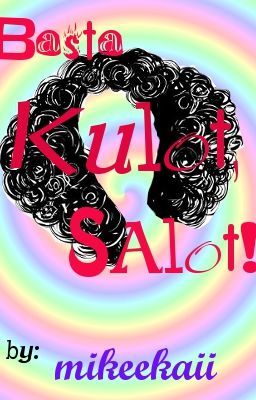 The city is just too eclectic to be called beautiful or even pretty. But let’s leave pretty to Paris and let’s leave clean to Singapore. Because New York isn’t a city- it’s an organism with a mind and a heart of its own. It’s wild and uncontrollable- far too busy being interesting to really look after itself or to bother with being consistent.
The beauty of New York is the fact that goth and art deco can meet in one space- much like how a punk tourist from the Philippines can ride the same subway as a Jewish hedge fund manager. New York is the only place I've been in where it's ok that a complete stranger can be eavesdropping on your conversation, put his two cents in and leave. It's a place where different cultures, personalities and interests collide and eventually settle in with each other. Even the past and the future can coexist here. No one dictates who goes or what interests stay, it is an organic process that involves the city itself.
New York has an underhanded way of luring you in. You can't help but fall for it's wayward charms. But before you know it, it's time to leave. These are were my parting words as I left New York to go to New Jersey
'Despite the cheesy button slogan, 'I Heart New York', I did find myself hearting New York. For one glorious week, its beat fed my pulse. I was nsync with the fastest city in the world and it was exhilarating. Just a few hours away and already I feel displaced. I'm like a toy with a dying battery, dreading the end of fun times'

But I don't think the fun times are ending. Because of everything I took in from this trip, I would say the real party is just about to begin.
Top News