Download a customizable report on hourly day-ahead and real-time locational marginal prices (LMPs) broken into their various cost components: energy, congestion, and losses. Learn more about LMPs. The data is selectable by pnode, Hub, load zone, or interface, and date and hour. Reports are available from the past seven years.

Wholesale electricity prices change throughout the day and night, depending on many factors including the level of demand for electricity and the varying costs of generating power from different types of generators. Wholesale electricity price maps are a useful resource for visualizing location-specific prices and transmission constraints in real time. These maps are created by individual regional transmission organizations (RTOs) for the territory they cover. These maps are updated often, usually every five minutes (see Midwest above).

One energy market runs the day before the energy is needed (day ahead market), while another one runs in real-time to balance last minute demand needs. Switch between the Day-ahead, Real-time pre-dispatch and Real-time dispatch locational marginal price (LMP) maps using the drop down menu at the top of the map. For readers not already familiar with locational marginal prices, or LMP as it is more commonly called, LMP is “the marginal cost of supplying, at least cost, the next increment of electric demand at a specific location (node) on the electric power network, taking into account both supply (generation/import) bids and demand (load/export) offers and the physical aspects of the transmission system including transmission and other operational constraints.”. Locational Marginal Pricing (LMP), a primary feature of MRTU, is the calculation of electricity prices at thousands of pricing points, or nodes, within California’s electricity grid. PRD provides a direct linkage between the locational marginal price(LMP) in the wholesale market and the dynamic retail rates.1Generically, dynamic retail rates are retail rates that change with system prices or conditions and can include rate designs such as critical peak pricing, critical peak rebate (also known as peak-time rebate), or directly charging retail customers the wholesale price in real-time.

Locational Marginal Prices, or LMPs, are location-specific prices developed within the RTO. LMPs are often higher near load centers like cities, where demand for electric power is concentrated. Significant color changes (i.e., changes in LMP) across a geographic region usually signify a constraint that limits the transmission of electricity from one area to another.

Two common examples of transmission constraints involve moving power from upstate New York into New York City and Long Island (see map below right) and moving power from the west across Pennsylvania and Virginia into the load centers of the eastern cities. The map below left shows the LMP (color) change across the PJM Interconnection (PJM) through Pennsylvania and Virginia, separating the western portion of PJM from the eastern seaboard. PJM operates an electric power system covering all or part of 13 Mid-Atlantic and Midwestern States.

Other factors can influence local real-time prices, for instance a generator outage, a thunderstorm warning, differences in fuel prices, or a difference in temperature across an RTO's territory.

There are many differences among the RTO price maps. Some U.S. RTOs map their prices by zone (ISO New England and New York ISO); by discrete pricing points called nodes (California ISO); or by extending many nodes into a contour map (Midwest ISO, PJM, and Southwest Power Pool), while ERCOT (the system operator for most of Texas) does not currently produce a public map. The New York ISO and ISO New England provide both day-ahead and real-time maps; other RTOs map only real-time prices.

Clicking on a U.S. RTO in the map below will take you to that RTO's price map. Also, each RTO's main website is linked below.

Unlike petroleum pipelines or natural gas pipelines, which in most cases require compression to maintain sufficient pressure to move product from the wellhead to the sales point, the cost of moving additional electrons through a network of conductors is essentially zero, since there is no fuel cost for “compression” in electrical networks.

(Actually, this isn’t quite true for a couple of reasons. First, transmission lines aren’t perfect conductors, so there is some resistance in the network. Because of this resistance, some of the electricity injected into the transmission grid by power generators is lost as heat between the power plant and the customer. The magnitude of these “resistive losses” is around 10% in a modern power grid like North America’s. What this means is that the system has to generate more power than is actually demanded, to account for these losses. For example, if demand in a system with 10% losses is 100 MW, then the system will need to generate around 111 MW. Second, the transmission grid needs to maintain a certain voltage level, and maintaining this level sometimes involves output adjustments at the power plant location, which does impose an economic cost on the system. In the discussion here, we will ignore these two costs to focus on the effects of transmission congestion.)

In the market-clearing example that we just went through, all suppliers were paid the market-clearing “system marginal price,” and the problem did not really say anything about where the generators or customers were located, or what the transmission network looked like. We just assumed that power produced at any one plant could be delivered to a customer at any location in the transmission network. Thus, electricity markets should exhibit the law of one price, just as we saw in natural gas networks.

While electricity markets should exhibit the law of one price, the reality is that they often do not. Figure 6.8 shows a contour map of electricity prices in the PJM electricity grid on a warm, but not terribly hot day in June 2005. You can find more up-to-date maps on the PJM website. You can also find a really nifty animation of LMPs from the MISO market. If you look carefully at the MISO animation, you may see some negative prices, meaning that someone using electricity gets paid to use it, and someone producing electricity actually pays to generate power! While this may seem strange, it is actually a natural economic outcome of a market with fluctuating supply and demand, and no storage. We'll get to the negative-price phenomenon later in the course.

Getting back to our picture of prices in the PJM system, you can see that prices in the western portion of PJM’s grid are an order of magnitude lower than prices in the eastern portion of the grid. This means that a power plant located in, say, Pittsburgh could make a lot of money by selling electricity to customers in Washington, DC. The demand from Washington should bid up the price in Pittsburgh as more generation in Pittsburgh comes online to serve the Washington market. This is just what we saw in our study of natural gas markets. But this doesn’t happen in electricity. Why?

The basic answer is “transmission congestion.” Conductors cannot hold an infinite number of electrons. At some point the resistive heat would just cause the conductor to melt. (Remember that materials expand when they get hot. When you hear about power lines “sagging” into trees, that is what’s going on.) So, power system engineers place limits on the amount of power that a transmission line can carry at any point in time. When a line’s loading hits its rated capacity, we say that the line is “congested” and it can’t transfer any additional power. So, the system has to find another way to meet demand, without additionally loading congested lines. Usually this involves reducing output at low-cost generators and increasing output at higher-cost generators. This process, known as “out of merit dispatch,” imposes an economic cost on the system.

After correcting for transmission congestion by adjusting the dispatch of power plants, the cost of meeting demand in one location (e.g., Washington) may be substantially higher than the cost of meeting demand in another location (e.g., Pittsburgh). The locational marginal price (LMP) at some particular point in the grid measures the marginal cost of delivering an additional unit of electric energy (i.e., a marginal MWh) to that location.

Suppose that the transmission line could carry an infinite amount of electricity. How should the system operator dispatch the generators to meet demand? Either generator by itself could meet all 900 MWh of demand in the system, so the system operator would dispatch generator 1 at 900 MWh and generator 2 would not be dispatched. The SMP would be equal to $20/MWh.

The RTO collects revenue from the customers as follows: 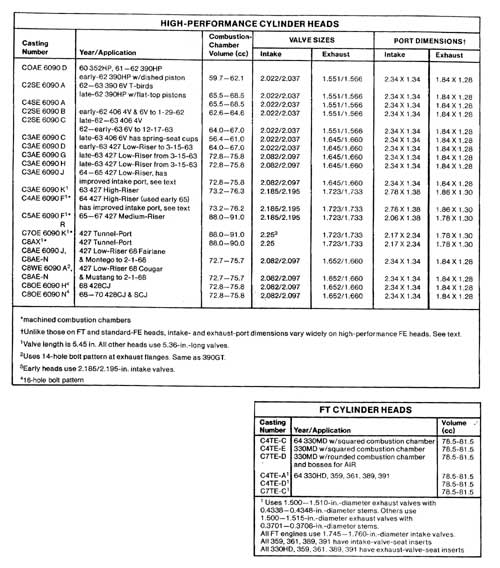 The RTO pays the generators as follows:

You should also find that congestion revenue is equal to $25.