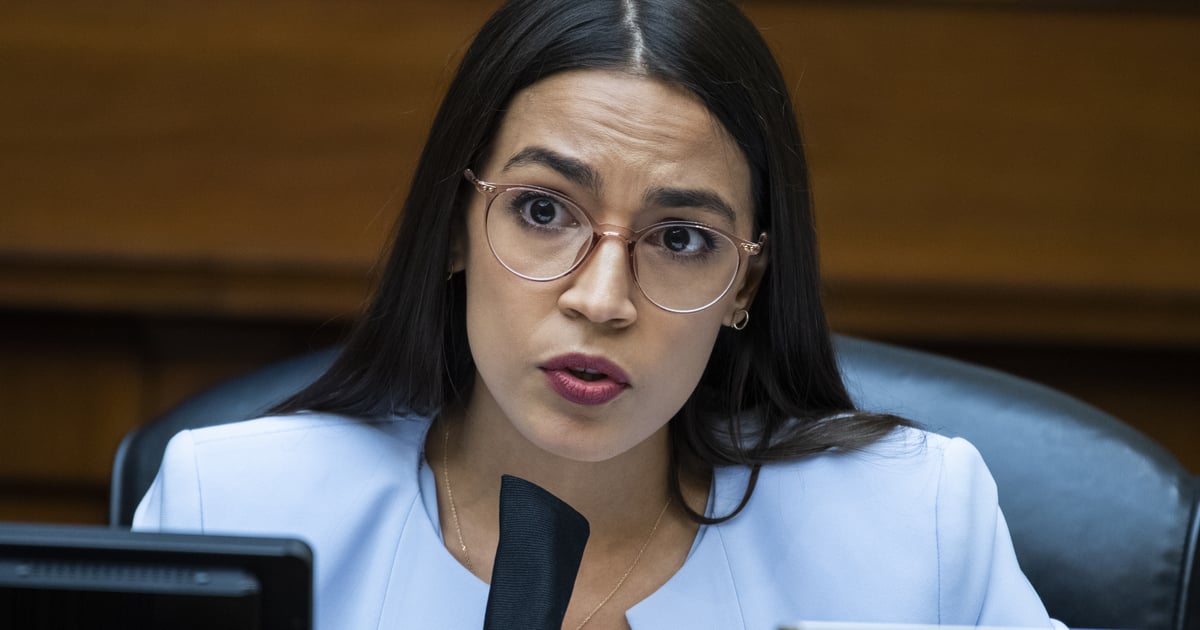 In a series of tweets, Moore argued Ocasio-Cortez, who has called for drastically reducing fossil fuel production, doesn’t realize what would happen across the world if the radical plan were implemented.

Cascina ornato. “If fossil fuels were banned every tree in the world would be cut down for fuel for cooking and heating,' Moore said in a tweet Saturday directed at Ocasio-Cortez. “You would bring about mass death.”

Moore left Greenpeace after 15 years and is now critical of the group, later writing the book, “Confessions of a Greenpeace Dropout: The Making of a Sensible Environmentalist.” Greenpeace, years ago, distanced themselves from Moore and say he overstates his past affiliation with them.

Referring to the New York Democrat as a “pompous little twit,” Moore said, “You don’t have a plan to grow food for 8 billion people without fossil fuels, or get food into the cities.”

Moore also unloaded on her for calling climate change “our World War II.”

“It's her @GND that would be worse than WW2,” he said. “Imagine no fuel for cars, trucks, tractors, combines, harvesters, power-plants, ships, aircraft, etc. Transport of people & goods would grind to a halt.”

In another tweet, Moore called the Green New Deal “so completely crazy it is bound to be rejected in the end.”

He also referred to Ocasio-Cortez as a “garden-variety hypocrite,” in response to a New York Post story that said the Democrat frequently used gas-guzzling Uber and Lyft rides during her 2018 campaign instead of taking the subway station near her campaign office.

“You're just a garden-variety hypocrite like the others. And you have ZERO expertise at any of the things you pretend to know,” Moore said.

Ocasio-Cortez responded to that story over the weekend saying she’s “living in the world as it is.” But she said that shouldn’t be “an argument against working towards a better future.”

“The Green New Deal is about putting a LOT of people to work in developing new technologies, building new infrastructure, and getting us to 100% renewable energy,” she said.

Meanwhile, Travis Nichols, a spokesman for Greenpeace USA, strongly pushed back against Moore’s comments on Monday, saying he doesn’t represent Greenpeace. He disputed that Moore is a co-founder, though Greenpeace admits Moore 'played a significant role' in its early years.

“His statements about Alexandria Ocasio-Cortez and the Green New Deal have nothing to do with Greenpeace’s positions and should not be reported as such,” Nichols said in a statement. “Mr. Moore frequently cites a long-ago affiliation with Greenpeace to gain legitimacy in the media, and media outlets often either state or imply that Mr. Moore still represents Greenpeace. He does not.”

House Speaker Nancy Pelosi (D-CA) claimed on Sunday that she respects Rep. Alexandria Ocasio-Cortez (D-NY), a far-left “Squad” member who has openly criticized the Democrat Party’s leadership, telling CBS News’s Leslie Stahl she is “not dismissing” people like AOC despite years-long rumors of infighting within the caucus.

During a comprehensive interview on CBS News’s 60 Minutes, Stahl asked the speaker to address complaints from AOC — particularly regarding Pelosi’s purported failure to seek younger members to lead the party in the future.

“Why does AOC complain that you have not been grooming younger people for leadership?” Stahl asked.

Stahl characterized Pelosi’s response as “kind of sharp, kind of dismissive,” but the 80-year-old lawmaker disagreed, contending that she respects the younger progressive.

“I’m not dismissing her. I respect her. I think she’s very effective, as are … many other members of our caucus that the press doesn’t pay attention to. But they are there, and they are building support for what comes next,” Pelosi added:

It seems that AOC and Pelosi have a wonderful relationship pic.twitter.com/egS6EBUUoJ

Pelosi and far-left members of the “Squad” have been at odds over the past two years as the party continually attempts to strike a balance, satisfying the establishment Democrats and more progressive members who seek radical changes, such as defunding the police.

In last month’s interview with The Intercept’s Jeremy Scahill, Ocasio-Cortez stated, “We need new leadership in the Democratic Party.”

“I think one of the things that I have struggled with — I think that a lot of people struggle with — is the internal dynamics of the House has made it such that there’s very little option for succession if you will, you know?” she said, adding that there are no “viable alternatives” to Pelosi, who recently won the speakership election with 216 votes — short of a House majority.

She said in part:

When you have really talented members of Congress that do come along, the opportunities to lead are so few and far between, that they leave, that the kind of path of ascension, if you will, for a lot of members looking around, both progressive and conservative alike, is to run for a statewide office and get out of there.

While the New York lawmaker expressed the belief that Pelosi and Sen. Chuck Schumer (D-NY) need to go, she emphasized that the party needs a plan to fill the void.

“Because if you create that vacuum, there are so many nefarious forces at play to fill that vacuum with something even worse,” she said.

“And so the actual sad state of affairs is that there are folks more conservative than even they are willing to kind of fill that void,” she continued, adding, “We need to make sure that we have a transition of power in the leadership of the Democratic Party.”