An FEC complaint filed Monday charges Congresswoman Alexandria Ocasio-Cortez, her Chief of Staff, and others with using two PACs and LLCs to hide hundreds of thousands in campaign dollars.

A Federal Election Commission (FEC) complaint the National Legal and Policy Center (NLPC) filed Monday accused Cortez chief of staff Saikat Chakrabarti of using two PACs (Political Action Committees) he founded to funnel around $1 million to two of his private companies, according to the Washington Examiner. The companies may have been used to hide what funds were spent on.

The NPLC complaint takes aim at the possibility contributions from the PAC to candidates exceeded the $5,000 FEC limit. It requests an FEC investigation into the two PACs for creating “an elaborate scheme to avoid proper disclosure of campaign expenditures.”

“These are not minor or technical violations. We are talking about real money here. In all my years of studying FEC reports, I’ve never seen a more ambitious operation to circumvent reporting requirements,” said Tom Anderson, director of NLPC’s Government Integrity Project. “Representative Ocasio-Cortez has been quite vocal in condemning so-called dark money, but her own campaign went to great lengths to avoid the sunlight of disclosure.”

Funds traveling through Brand New Congress LLC were spent on ten or more candidates, according to NLPC, which stated the LLC was “apparently operated by Chakrabarti.” 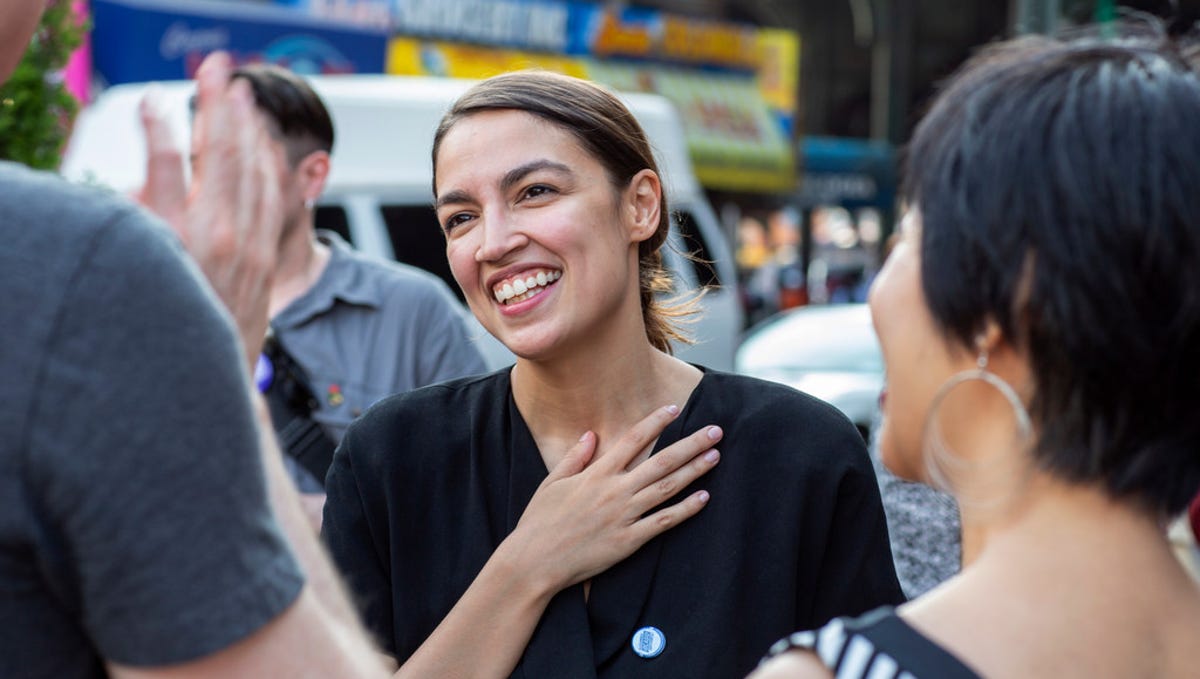 NPLC said in a post to its website, “The final disposition of the funds is unknown because whatever expenditures were made were never reported to the FEC. It appears, however, that they underwrote a score of campaign-related events and activities for Ocasio-Cortez and other Congressional candidates.”

“He’s not on my payroll. They were not working for me and they are two separate entities here,” Cortez told the Times.

Occasio cortez. This is not the first FEC complaint concerning Cortez. Last week the Coolidge Reagan Foundation filed a complaint alleging Brand New Congress PAC was used to funnel money to the congresswoman’s boyfriend Riley Roberts. The Times noted that Roberts received payments as a “marketing consultant” of $6,000 from Brand New Congress PAC.