MANY PEOPLE KNOW that the Galilean city of Safed in the 16th century was a focal point for the Jewish mystical tradition. Fewer people know it was the home of R. Jacob Berab (or Berav) (1474-1546). In his time, Safed was one of many Jewish communities inundated with Spanish and Portuguese converso emigres, individuals claiming Jewish lineage who wanted to be accepted back into the Jewish community. One of Berab’s most controversial acts was to suggest the reconstitution of an official Sanhedrin, a rabbinical court from ancient times, in order to decide the cases of large numbers of conversos who were flooding back into Jewish communities.

I was reminded of this history by last month’s pronouncement by democratic socialist Congresswoman Alexandria Ocasio-Cortez that she descends from Spanish Jews—a pronouncement made just a week before a new genetic study showed that over a quarter of Latin American individuals do indeed have conversoheritage. Perhaps unsurprisingly, instead of pondering the larger implications of the complex relationship of the left and Jewishness, many politically conservative American Jews were more interested in debunking her claim of Jewish heritage as if it was an attempt at affiliationwith Judaism. The difference is important.

Unlike many of the the conversosconcerning Berab, Ocasio-Cortez is not claiming to be Jewish, only to have descended from Jews. Traditionally, Jewishness is determined by maternal lineage (now, in the American Reform movement, also paternal lineage) that can be documented in some way, although many Jews who today identify as such have no documentary evidence beyond a few generations. But more importantly, claiming Jewish heritage, rather than Jewishness per se, only suggests that one has Jewish ancestry, and from a Jewish perspective such a claim needn’t be “proven,” simply because the claimant is not asking to be considered a Jew. Many who make such heritage claims do so on the basis of family lore, or perhaps some customs or artifacts. What matters is that these claims ascribe part of an identity rather than use that identity to affiliate with a community.

Ocasio-Cortez is far from the first to make such a claim. Former Secretary of State Madeleine Albright found out late in life that her parents were Polish Jews who had converted to Christianity. Responding to this revelation, Albright described herself as coming from “Jewish parents” (i.e. Jewish heritage) but said that she did not consider herself a Jew. In an essay on Albright, UC Berkeley historian David Hollinger made the important distinction above; Albright ascribed her Jewish heritage but did not affiliate as a Jew. And while Albright had proof of Jewish heritage (while Ocasio-Cortez does not), the claim is all that’s necessary to constitute an ascription, a sense of identity that does not meet the bar of affiliation. This is different, for instance, from the case of Julia Salazar, another young socialist and recently-inaugurated state senator from New York City, who publicly affiliated with Jewishness based not only on converso heritage, but also on a history of active Jewish participation in religious and social justice organizations. Salazar’s case throws the difference between ascription and affiliation into sharp relief.

Perhaps the more interesting question is why Jewish heritage matters to Ocasio-Cortez herself. Her ascription comes at a curious time, a moment when American Jews are concerned about antisemitism on the left, when some in the progressive community have dug into an anti-Israel position, and when figures such as Linda Sarsour have become lighting rods for anti-left animus among many American Jews. Unless we take a cynical view that her announcement is a political ploy by a leader in the progressive left who has also been quite vocal in her critique of Israel (a view held by some who do not share her views, and which I find somewhat offensive), then we have to assume it does indeed matter to her, as she said it publicly and proudly in a synagogue during a Hanukkah menorah-lighting ceremony.

Given centuries when Jewish ancestry was, for non-Jews, a stigma, a stain, something one ought to hide rather than proclaim, it is curious to me at this tense moment of Jews and the progressive left, that one of its leaders proudly attests her Jewish heritage. And while Ocasio-Cortez may not have attempted to affiliate, her desire to proclaim her heritage may also mirror a larger phenomenon inside the Jewish community—the phenomenon of individuals whose Jewishness was little more than ascription who, today, explore new ways of affiliation, even if not in any religious context—an event called “disassimiliation” by sociologists. 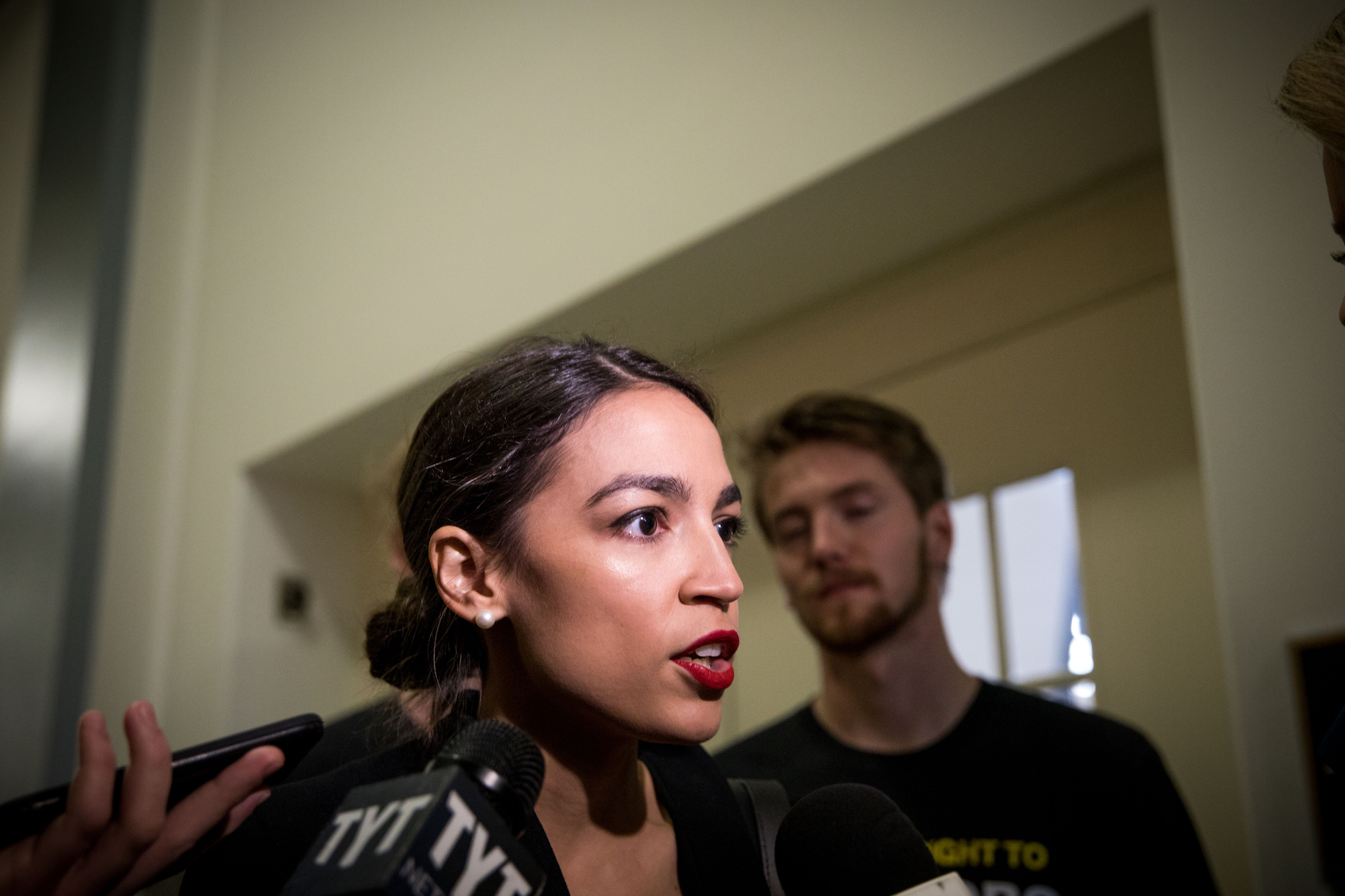 While we’re far from establishing legal frameworks for converso claimants, as Jacob Berab did in the 16th century, we may share more with Berab’s time than might appear. As then, today it seems that more and more people want to reclaim some connection to Jewishness after generations of living comfortably outside any Jewish orbit. Berab’s conversos wanted to reaffiliate fully after generations. AOC’s situation is obviously different; she is very explicit that she does not want to be considered a Jew. But she is proud that she ostensibly descends from them, and that itself is noteworthy even as, or precisely because, it makes many American Jews oddly uncomfortable.

Rep. Alexandria Ocasio-Cortez fired off a few tweets Monday morning about her statements at a Hanukkah party that her family has Jewish heritage.

She noted that many in Puerto Rico are descended from a mix of different ethnicities, including Spanish colonizers, African slaves and indigenous peoples.

Casio 3230 battery removal. “We are all of these things and something else all at once - we are Boricua,” Ocasio-Cortez wrote, using the designation for Puerto Rican popular among people who hail from the country.

Before everyone jumps one me - yes, culture isn’t DNA.
But to be Puerto Rican is to be the descendant of:
African Moors + slaves,
Taino Indians,
Spanish colonizers,
Jewish refugees,
and likely others.
We are all of these things and something else all at once - we are Boricua. https://t.co/IFC4mwAjor— Alexandria Ocasio-Cortez (@Ocasio2018) December 10, 2018

Just because one concrete identity may not be how we think of ourselves today, nor how we were raised, it doesn’t mean we cannot or should not honor the ancestors + stories that got us here.
I was raised Catholic, & that identity is an amalgam too - especially in Latin America.— Alexandria Ocasio-Cortez (@Ocasio2018) December 10, 2018

If anything, the stories of our ancestry give us windows of opportunity to lean into others, to seek them out, and see ourselves, our histories, and our futures, tightly knit with other communities in a way we perhaps never before thought possible.— Alexandria Ocasio-Cortez (@Ocasio2018) December 10, 2018

At a menorah lighting hosted by Jews For Racial and Economic Justice in New York Sunday evening, Ocasio-Cortez said that she descends from crypto-Jews, or conversos — Jews who were forced to convert to Catholicism by the Spanish monarchy, but continued to practice Jewish customs in private.

“Generations and generations ago, my family consisted of Sephardic Jews,” Ocasio-Cortez said Sunday. “So many people practiced Catholism on the exterior but on the interior they continued to practice (Judaism).”