Rep. Alexandria Ocasio-Cortez raised over $200,000 over the weekend on behalf of food banks and legal aid organizations while playing the popular video game 'Among Us' on the streaming platform Twitch—an innovative fundraising effort that comes as millions of American families struggle to afford food, shelter, and other necessities amid the Covid-19 pandemic.

The proceeds are being split between six New York-based organizations including Legal Services NYC, Street Vendor Project, and Make the Road, which will offer assistance to undocumented households that haven't been able to access any coronavirus aid.

Grateful to all who joined us last night!

Wonderful learning from you @theJagmeetSingh - thank you for reminding us that another world is not only possible, but just a few hours’ drive from NYC

'This crisis is slated to get worse,' wrote Ocasio-Cortez to donors. 'In December, special protections preventing renters from being evicted during the Covid-19 pandemic are scheduled to expire. This week, New York City saw its first eviction since the beginning of this crisis.'

'These six organizations have been on the ground in our communities, feeding families, and delivering legal guidance for years,' she added. 'Your contribution will directly bolster these critical efforts, at a moment they're needed the most.'

'It's so important to communicate that another world is possible and not only is it possible but it exists..like a three hour drive away from people who are saying it's impossible.'
—Rep. Alexandria Ocasio-Cortez (D-N.Y.)

As Common Dreamsreported last week, food banks across the country are struggling to keep up with demand as food insecurity skyrockets amid the pandemic. With 78% of Americans living paycheck to paycheck before Covid-19 began spreading across the country last winter, food assistance organizations immediately saw drastically increased demand as soon as the pandemic forced many businesses to shut down in March.

Feeding America, the country's largest anti-hunger organization, estimates that 50 million Americans—including one in four children—will face food insecurity by the end of the year.

As she was in October for what was called 'the biggest Get Out the Vote rally of 2020,' which drew 439,000 viewers, Ocasio-Cortez was joined by popular livestream players of the game while she played and engaged with supporters on Friday evening.

This time, Canadian New Democratic Party leader Jagmeet Singh also joined the congresswoman for a discussion about progressive policies centered on investing in the well-being of working people.

In addition to bantering good-naturedly about the competition—in which players try to fix a broken spaceship and determine who is an imposter—the two politicians talked about how bold, far-reaching policies in Canada have a measurable impact on working people's lives.

'When we propose similar policies in the United States, people say, 'This is not possible, this is Candy Land, this is not viable,' and you can literally drive one day.. It's just a stone's throw away from being able to afford your insulin or be able to have public health insurance,' Ocasio-Cortez said after Singh explained publicly-funded automobile insurance. 'But there's so much scare-mongering around socialism in the United States that this is why we can't have nice things.'

During the pandemic, the Canadian government is offering a Canada Recovery Benefit to anyone who has stopped working or had their income reduced, amounting to $500 per week. The country is also providing long-term unemployment assistance and introduced the Canadian Emergency Wage Subsidy, paying up to 65% of an employee's salary for qualifying employers to help them avoid layoffs.

Meanwhile, Americans were sent a means-tested $1,200 payment in April and people facing unemployment were given a $600 weekly enhanced unemployment benefit—after lobbying by progressives including Ocasio-Cortez and Sen. Bernie Sanders (I-Vt.)—which expired in July.

'It's so important to communicate,' Ocasio-Cortez said, 'that another world is possible and not only is it possible but it exists..like a three hour drive away from people who are saying it's impossible.'

'In Canada, things aren't perfect and we face many of the same challenges. But, together we can do better,' Singh tweeted. 'When we lift each other up, we all rise.'

It was awesome chatting with you about how we can build a better world.

In Canada, things aren't perfect and we face many of the same challenges. 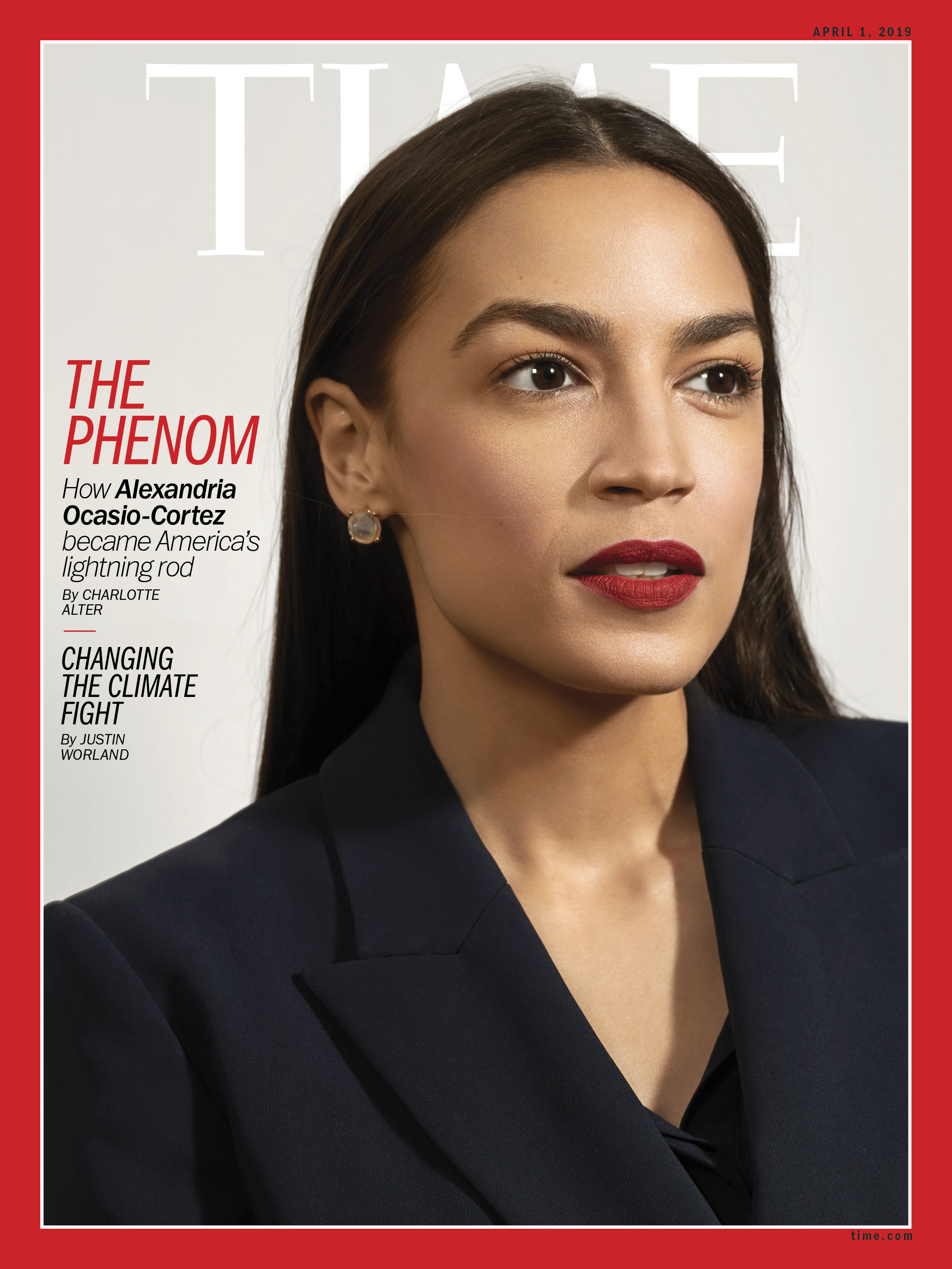 But, together we can do better.

My mom always taught me: When we lift each other up, we all rise. https://t.co/luh7zhUxAn

Before signing off, Ocasio-Cortez said she plans to host another livestreamed game of 'Among Us' in the coming weeks.

Alexandria Ocasio-Cortez, the Democratic Party’s rising socialist star, describes herself as “a girl from the Bronx” to project a working-class image. However, this claim is only half true – to borrow a phrase from the left-wing website PolitiFact.

Slots freebies facebook vegas words. “Well, you know, the president is from Queens, and with all due respect — half of my district is from Queens — I don’t think he knows how to deal with a girl from the Bronx,” Ocasio-Cortez said this week on The Late Show with Stephen Colbert.

She similarly told the Washington Post: “I wasn’t born to a wealthy or powerful family — mother from Puerto Rico, dad from the South Bronx. I was born in a place where your Zip code determines your destiny.”

The congressional candidate, who pulled off an upset win against high-ranking establishment Rep. Joe Crowley (D-NY), was indeed born in New York City’s Bronx borough. She currently lives there, too.

So what’s the issue? Ocasio-Cortez omits that for most of her formative years, she was actually raised in one of the United States’ wealthiest counties.

Around the age of five, Alexandria’s architect father Sergio Ocasio moved the family from the “planned community” of Parkchester in the Bronx to a home in Yorktown Heights, a wealthy suburb in Westchester County. The New York Timesdescribes her childhood home as “a modest two-bedroom house on a quiet street.” In a 1999 profile of the area, when Ocasio-Cortez would have been ten years old, the Times lauded Yorktown Heights’ “diversity of housing in a scenic setting” – complete with two golf courses.

The paper quoted Linda Cooper, the town supervisor, describing Yorktown as ”a folksy area where people can come, kick off their shoes, wander around, sit in a cafe, listen to a concert in the park, or go to the theater.”

In a fun coincidence, Yorktown, which contains Yorktown Heights, is also home to a 436-acre state park named after – yes, one Donald J. Trump.

After high school, Ocasio-Cortez studied international relations and economics at Boston University and worked for Sen. Edward M. Kennedy (D-MA). Only after college did Ocasio-Cortez return to the Parkchester complex, where she launched Brook Avenue Press, a publishing group aimed at improving the public image of the Bronx.

Westchester County – which the Washington Post, in a glowing profile on Ocasio-Cortez, describes as only “middle class” – ranks #8 in the nation for the counties with the “highest average incomes among the wealthiest one percent of residents.” According to the Economic Policy Institute, the county’s average annual income of the top one percent is a staggering $4,326,049.

Yorktown Heights, specifically, offers a sharp contrast from Bronx living. According to USA.com, the town’s population is 81 percent white, and median household income is $96,413 – nearly double the average for both New York state and the nation, according to data from 2010-2014.

The 28-year-old’s far-left platform includes abolishing ICE, universal guaranteed employment, and Medicare for all. In an interview with CNN, Ocasio-Cortez said she supports impeaching President Trump, despite warnings from Rep. Nancy Pelosi (D-CA) to avoid the issue.