Fox News reports that Federal Election Commission records show that Ocasio-Cortez's campaign used Uber repeatedl y, despite her sharp criticisms of the business model. Indeed, her campaign spent. New York Socialist Democrat Alexandria Ocasio-Cortez has continued to use Uber and other ride-hailing apps – but not New York taxi cabs – despite blaming them for a suicide. But despite overtures of solidarity, campaign records show Ocasio-Cortez’s staff spent nearly $2,000 on ride-hailing services in the first three months of 2019, and more than $16,000 last year.

“It’s a small but big way you can help.”

Rep. Alexandria Ocasio-Cortez, D-N.Y., called on her followers to join her in boycotting Uber and Lyft Wednesday, professing support for the drivers she says deserve a “living wage.”

While calling for higher wages for workers is nothing new for Ocasio-Cortez, Fox News reports that campaign finance records show the popular democratic socialist has spent nearly $2,000 on ridesharing services in 2019 alone.

The boycott call comes as drivers for both companies have been striking to protest for higher wages. The protest has been organized ahead of Uber’s initial public offering Friday at $90 billion, which drivers says comes at the expense of their wages and job security.

Taking to Twitter to voice her support for the boycott, Ocasio-Cortez told followers it was a “small but big way you can help all the drivers you’ve met get paid more.”

?Labor, labor – read all about it!

Your Direct Action for today: Don’t take an Uber or Lyft just for the day. (Just today! Cabs are fine! You can do it!)

It’s a small but big way you can help all the drivers you’ve met get paid more to feed their families + support themselves. https://t.co/oaQZsYqukV

Striking drivers complain that rideshare services take too large of a cut from fares, while offering little in the way of job security. Drivers can choose to work when they want, but the companies can also terminate their account at any time.

Aside from the $2,000 Ocasio-Cortez spent on ridesharing services in 2019, Fox News reports that campaign finance records show she spent $16,000 on the services in 2018 as well. Ocasio-Cortez’s hasn’t just criticized Uber for the financial harm the company supposedly inflicts on its drivers. She also slammed Uber for a yellow-cab driver’s suicide last August. 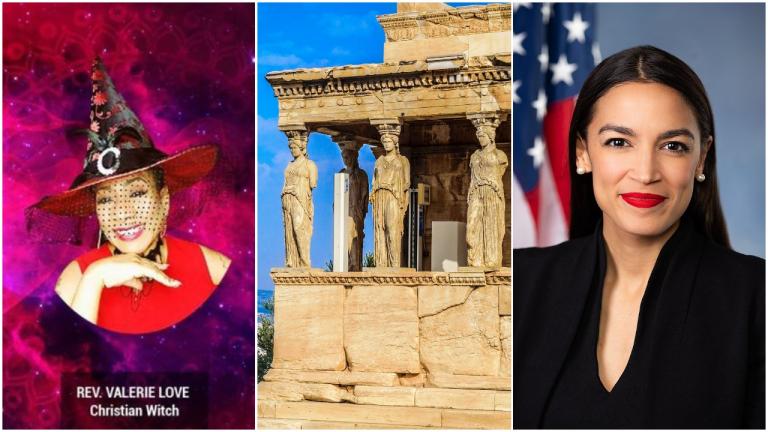 “NYC’s fourth driver suicide. Yellow cab drivers are in financial ruin due to the unregulated expansion of Uber. What was a living wage job now pays under minimum,” she said at the time.

According to the Fox News report, Ocasio-Cortez did cut some spending on Uber amid scrutiny of her use of the service. But her use of ridesharing apps like Lyft and Juno offset her cuts to Uber, records show.

Since taking the Democratic party by storm and winning a seat in Congress, Ocasio-Cortez has become a popular figure for the progressive left. But her often tenuous relationship with the truth has opened up the freshmen representative to criticism from the other side of the aisle and her own party establishment.

Rep. Alexandria Ocasio-Cortez (D-N.Y.) said in an Instagram post that she and several other members of Congress were exploring the possibility of setting up a commission to “rein in” the media, whom she accuses of spreading “disinformation” in the lead-up to the Capitol attack.

Since I don’t think she’s talking about stifling the New York Times or Washington Post, I wonder who she has in mind to “rein in”? This was the same Instagram interview in which she admitted that she feared for her life during the Capitol attack, so it’s not surprising that the media would ignore her suggestion for censorship and lead with her life being in danger.

But her suggestion that the United States Congress needs to form a commission to rein in the news media has gone largely unreported,

There’s absolutely a commission that’s being discussed but it seems to be more investigating in style rather than truth and reconciliation.

I do think that several members of Congress in some of my discussions have brought up media literacy because that is part of what happened here. Casino morongo telephone number 1-800.

Here’s our “expert” on media literacy.

I don’t want to hear these coup-supporting GOP talk about “blue lives” ever again.

They only care for power, & invited chaos in an effort seize it. They are unfit to serve. pic.twitter.com/3XOVOZEolY

How easily could a government commission become a censorship board?

We’re going to have to figure out how we rein in our media environment so you can’t just spew disinformation and misinformation.

It’s one thing to have differentiating opinions, but it’s another thing entirely to just say things that are false, so that’s something that we’re looking into.

As a practical matter, we can already envision from “lived experienced” — as a progressive might say — how sanctioning the state to adjudicate the veracity of journalism can be abused.

We need only point to our media “factcheckers,” journalists with political and ideological biases who have regularly, and arbitrarily, labeled completely debatable contentions as falsehoods, while either ignoring or justifying scores of other unsettled contentions. Are these the arbiters of facts who will be manning the government commission appointed by those storied truthtellers in congress?

A recent example was the suppressing of the New York Post’s blockbuster story of Hunter Biden’s business deals and whether or not Joe Biden, as vice president, profited from them. An alliance of Big Tech and left-wing media made sure that either the story was suppressed or “debunked” by “fact-checkers.”

No doubt AOC’s “commission” would help facilitate bringing to heel the conservative media. I don’t know about you, but I’d almost prefer a “truth and reconciliation commission” to a media star-chamber.

Alexandria Ocasio-Cortez Wants to Liberate Red States From Their Suppression