What is the 'Green New Deal' proposal drafted by incoming Rep. Alexandria Ocasio-Cortez? 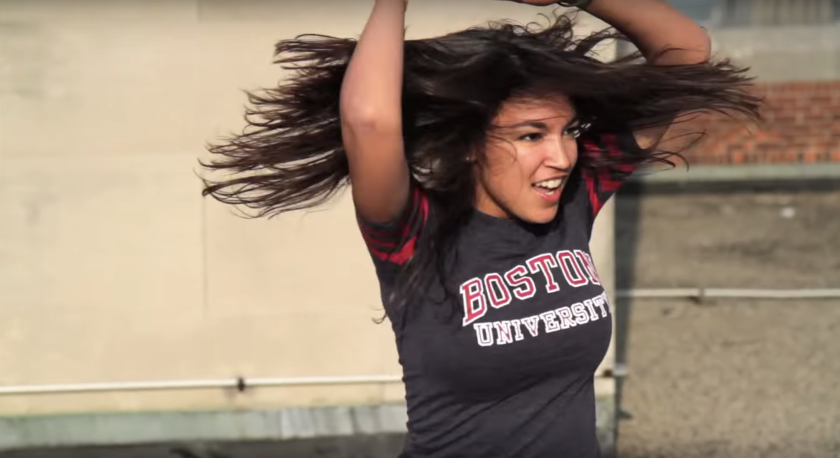 Ocasio-Cortez has been calling for the creation of 'Green New Deal' legislation, which would eliminate much of the United States’ fossil-fuel consumption. So far, Sens. Bernie Sanders, I-Vt., and Cory Booker, D-N.J., and 40 House Democrats have said they support the proposal, but incoming House Democratic leadership has put it on pause for now.

An old video of now-Rep. Alexandria Ocasio-Cortez playfully recreating a dance scene from “The Breakfast Club” was resurfaced anonymously on Twitter last week -- resulting in a slew of misleading stories claiming conservatives were outraged over it, despite virtually no supporting evidence.

The 2010 footage of Ocasio-Cortez dancing comes from her days at Boston University. It went viral, for sure. But The New York Times, GQ, Newsweek and Ocasio-Cortez, among others, were quick to falsely claim that conservatives were somehow upset by the harmless video.

“It caused a social media stir, with the mainstream media and liberals lining up to cheer it and condemn conservatives for being offended by it. The only problem: Conservatives were not actually offended by it,” Media Research Center’s Clay Waters wrote.

The Times published a story headlined, “Alexandria Ocasio-Cortez Dancing Video Was Meant as a Smear, but It Backfired.” It doesn’t feature a single example of anyone being offended with the exception of an anonymous Twitter account that first drew attention to the video saying it showed 'America’s favorite commie know-it-all acting like the clueless nitwit she is.' However, the Times managed to find examples of Ocasio-Cortez supporters condemning conservatives for being critical of the video.

Waters called it the “latest knee-jerk liberal mockery of conservatives,” who “stand accused on absolutely no evidence of being offended by something.”

Conservative strategist Chris Barron told Fox News that the mainstream media is “so desperate to make conservatives look bad that they will invent a controversy when there isn’t one,” with the Ocasio-Cortez video the latest example.

“If you want to look up the very definition of fake news, look no further than the faux controversy over the AOC dancing video. Literally, every single conservative I saw comment on the video said it actually made her more likable, and yet our shameless mainstream media spends days pushing the narrative that conservatives attacked her,” Barron said. “Must be nice being a liberal.”

Perhaps the most overblown example was published by Newsweek, which wrote that “Conservatives mock Alexandria Ocasio-Cortez for college dancing video, everyone else thinks it’s adorable,” while not citing any 'conservatives' beyond the original anonymous Twitter account. Media watchdogs pounced on Newsweek for the misleading headline.

NowThis likewise posted a video claiming conservatives tried to 'shame' Ocasio-Cortez with the clip, but mostly cited tweets praising her cool dance moves -- with not much in the way of criticism beyond the original anonymous tweet.

The social media-savvy Ocasio-Cortez used the viral video as an opportunity to knock political rivals, tweeting “I hear the GOP thinks women dancing are scandalous,” with footage of her dancing in the halls of Congress. While Ocasio-Cortez didn’t provide examples of Republicans claiming dancing is “scandalous,” her new video has been viewed nearly 20 million times.

The Daily Caller’s Joe Simonson wrote that the dancing story “served as another reminder of how desperate the media wishes to portray the GOP and its voters as something very different from what they truly are.”

The new European data protection law requires us to inform you of the following before you use our website:

We use cookies and other technologies to customize your experience, perform analytics and deliver personalized advertising on our sites, apps and newsletters and across the Internet based on your interests. By clicking “I agree” below, you consent to the use by us and our third-party partners of cookies and data gathered from your use of our platforms. See our Privacy Policy and Third Party Partners to learn more about the use of data and your rights. You also agree to our Terms of Service. Casino movie blackjack.