Rep. Ted Yoho apologized on the House floor on Wednesday for a profane comment he made about fellow Rep. Alexandria Ocasio-Cortez, D-N.Y., one day after Majority Leader Steny Hoyer called for him to be 'sanctioned' following a report he called the congresswoman a 'f------ b----.'

'I stand before you this morning to address the strife I injected into the already contentious Congress,' Yoho, R-Fla., said. 'I rise to apologize for the abrupt manner of the conversation I had with my colleague from New York. It is true that we disagree on policies and visions for America. But that does not mean we should be disrespectful.'

Yoho also noted that he has two daughters and has been married for nearly five decades, so he is 'very cognizant of my language.'

'The offensive name-calling words attributed to me by the press were never spoken to my colleagues. And if they were construed that way, I apologize for their misunderstanding,' Yoho said.

In his contentious exchange with Ocasio-Cortez, which was first reported by The Hill, the outlet reported that while confronting the congresswoman over her past comments about crime in New York City being propelled by the pandemic and poverty rather than a lack of policing, he called her 'disgusting' and 'out of her freaking mind.' He reportedly did not make the 'f------ b----' comment until after the two had parted ways, and was not speaking to anybody in particular when he made the comment.

However, his office denied those remarks, telling Politico the lawmaker had merely said, 'bulls---.'

Yoho continued on Wednesday: 'As my colleagues know, I'm passionate about those affected by poverty. My wife Carolyn and I started out together at the age of 19 with nothing. We did odd jobs and we were on food stamps. I know the face of poverty and for a time it was mine. That is why I know people in this country can still, with all its faults, rise up and succeed and not be encouraged to break the law.' 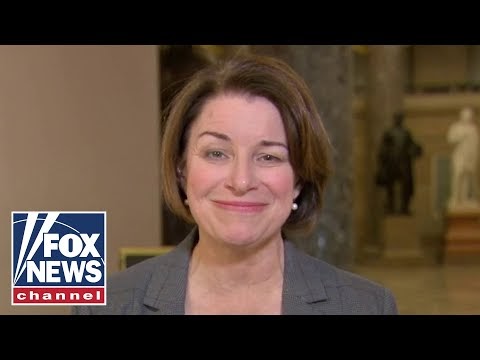 Ocasio-Cortez made the comments that apparently upset Yoho in a virtual town hall with The Hill earlier this month.

'Do we think this has to do with the fact that there’s record unemployment in the United States right now?' she said, addressing increased crime. 'The fact that people are at a level of economic desperation that we have not seen since the Great Recession?'

She added: 'Maybe this has to do with the fact that people aren't paying their rent and are scared to pay their rent and so they go out, and they need to feed their child and they don't have money so.. they feel like they either need to shoplift some bread or go hungry.'

Those comments upset many on the right, who pointed out that rioters tearing down statues, vandals defacing businesses and government buildings, and a significant uptick in murder rates in many big cities likely have little to do with people attempting to put food on their tables.

Nevertheless, Yoho made clear his confrontation with Ocasio-Cortez was unacceptable and pledged to do better.

'I will commit to each of you that I will conduct myself from a place of passion and understanding that policy and political disagreement be vigorously debated with the knowledge that we approach the problems facing our nation with the betterment of the country in mind and the people we serve,' he said. 'I cannot apologize for my passion or for loving my God, my family and my country.'

Hoyer, D-Md., who on Monday had said that Yoho had acted like a 'bully' and his actions were 'the antithesis to John Lewis,' said that the apology was 'appropriate.' He also noted that Ocasio-Cortez places helping the poor at the center of her personal political agenda.

'I know that our colleague, Alexandria Ocasio-Cortez, appreciates that apology,' Hoyer said. 'But let us treat one another with the respect and dignity each of us deserves. Not only as a member of this body, but as a human being.'

Ocasio-Cortez, however, indicated on Twitter later in the morning that she did not in fact accept the apology.

'Republican responds to calling a colleague 'disgusting' & a 'f—ing b*tch' w/ 'I cannot apologize for my passion' and blaming others,' she said. 'I will not teach my nieces and young people watching that this an apology, and what they should learn to accept. Yoho is refusing responsibility.'

She added in a separate post that Yoho didn't 'apologize or name any action he did,' didn't 'accept responsibility,' and lied about their interaction -- saying 'this was not a 'conversation,' it was verbal assault.'

She added: 'This is not an apology.' 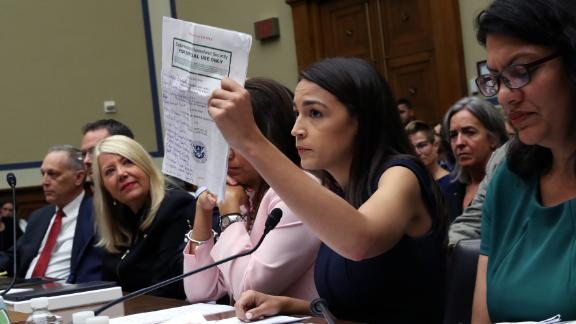 CAIRO (Reuters) – Student Seif Bedour wanted to support his friend, a witness in a high-profile rape case, by accompanying her to a Cairo police station when she was brought in by officers on Aug. 28 after offering to testify on behalf of the victim, his sister says.

At the station, Bedour was detained and has been held in jail for four months on morality charges, relatives and activists say, even though the then 14-year-old had no connection to alleged rape and was not at the scene when it occurred at Cairo’s Fairmont Nile City Hotel in 2014.

Three sources close to Bedour said he was accused of drug abuse and debauchery. His lawyer could not be reached for comment. The public prosecution department was not available for comment and the state press centre did not respond to a request for comment from Reuters.

In addition to Bedour, two others who had come forward to testify in support of the rape victim – party organizer Ahmed Ganzoury and Nazly Karim, ex-wife of one of the defendants in the rape case – have also been detained and are being held in prison on the same drug and debauchery charges, sources close to them said. Their lawyer could not be reached.

Three other witnesses who also wanted to testify in support of the victim, including Bedour’s friend, have been released after also being arrested.

The case against Bedour and the witnesses is running alongside that of those suspected of committing the rape.

Of nine men accused of the rape, five are under arrest and four are outside the country.

Some human rights activists say the arrests of the witnesses are part of a tendency by authorities to prioritise traditional social morality at the expense of women’s rights.

They say authorities are trying to counter a growing movement against exposing sexual abuse in Egypt that drew comparisons with the international “#MeToo” campaign and helped encourage witnesses to testify about the alleged rape at the Fairmont in April 2014.

In the Fairmont case, a rooftop party took place at the hotel and later the same evening a woman was allegedly gang-raped at an after-party there.

Encouraged by the #MeToo movement, the alleged Fairmont victim posted an anonymous account online before filing a formal complaint in July saying she had been drugged and gang raped.

In a statement on Aug. 31, Egypt’s public prosecutors said Bedour, now aged 21, and the five witnesses were being interrogated in connection with “ongoing investigations” in the Fairmont case, without specifying charges.

Family and friends have pleaded for the release of Bedour and the two witnesses still being held, saying they did nothing wrong.

“Our lives have completely turned upside down,” Bedour’s sister, Nivan Bedour, said. The detainees’ next hearing is on Jan. 2, when they could be released or kept in custody.

Ganzoury has been cooperating with prosecutors and sharing details of the party he has said he organised at the Fairmont on the evening of the alleged rape, which happened at an after-party later that night which he did not organise, according to a friend of his and a source close to the victim.

Karim, the ex-wife of one of the rape defendants, was falsely portrayed as the rape victim in an anonymous smear campaign on the web, her family says. Reuters has also seen that material.

Her mother, actress Noha al-Amrousy, wrote on the Free Nazly Facebook page: “Nazly shifted from being a courageous girl who would never back down from telling the truth to a cowardly, scared girl … Is that what you want this generation to be like? To silence them so that they don’t say the truth?”