Sometimes design can be timeless. Sometimes it can be a polyester leisure suit with a white belt and matching shoes. There’s nothing that makes a car look more dated than a set of aftermarket wheels that peg it to a week long period in a specific year. We asked some old-school car people what their least favorite wheels were from the last 50 years:

Custom wheels really hit their stride during the zenith of the hot rodding era that spread across the United States after World War II. Hot rodders adapted their jalopies to run modern brakes and suspensions, and later model wheels were part of the hot rod starter kit.

Steel wheels from the 1950s were made from two pieces — a center section that bolted to the hub, and a wheel rim where the tire mounted. The two pieces were joined together with rivets in the early days. Later, they would’ve been welded. Hot rodders drilled out the rivets and flipped the wheel rim to provide a more positive offset, giving the wheel a real deep dish appearance.

CalChrome has a great image on its website showing how a steel wheel is transformed into a “reverse” wheel:

Once custom shops realized there was a buck to be made, they started churning out “chrome reverse wheels” by the truckload, and they ended up on hot rods everywhere.

From there, the custom wheel market exploded. Ted Halibrand started building 18-inch wheels for race cars in 1946, when his lightweight magnesium wheels appeared on the car that won the 1946 Indianapolis 500. Drag racers, salt flat land speed record competitors and street racers prized his “Big Window” Sprint wheels, and they appeared on cars like the Shelby Cobra and the Ford GT-40 in the 1960s. “Mag wheels” were Halibrand’s creation, and the hottest thing on the market.

Magnesium is light, but it has one distinct disadvantage: It burns with an intense white light and incredible heat. When sprayed with water,burning magnesium can cause a reaction that can spray molten magnesium far and wide, and the white light can cause flash blindness. Many car parts are made of magnesium today (as you can see in this video of a Jeep Liberty transfer case exploding), but for a time, magnesium wheels were banned from competition.

To fill the void, along came aluminum. It wasn’t as light as magnesium, but it was strong when cast and allowed for much greater design flexibility than steel. Introduced in 1964, the Cragar S/S wheel was the first readily available custom wheel combine a cast aluminum wheel center with a chromed steel rim. It kicked off a massive custom wheel industry that’s as big today as it ever was in the 1960s.

Along the way, manufacturers have introduced some classic designs, but some are truly dreadful, and they seem to be getting worse.

Here’s a look at some of the worst, most played out, dated aftermarket wheel designs in history.

Like the Cragar S/S, the Ansen Sprint wheel ended up on tons of cars over the years, and other manufacturers ripped off the design. You found a lot of Datsun dealers in the 1970s equipping 240Zs with “Shelby” wheels that mimicked the design.

In a quest to provide a cheaper alternative than the aluminum wheels, a few manufacturers offered chromed steel versions. The Superior Typhoon was one of them. Superior made its own copy of the Ansen Sprint that was original equipment on the Mustang II, but the chrome steel Typhoon always looked like you couldn’t afford anything better.

You can blame any number of companies for the white eight-spoke “wagon wheel”: American Racing, U.S. Wheel, Cragar and about a thousand other wheel manufacturers jumped on this bandwagon. 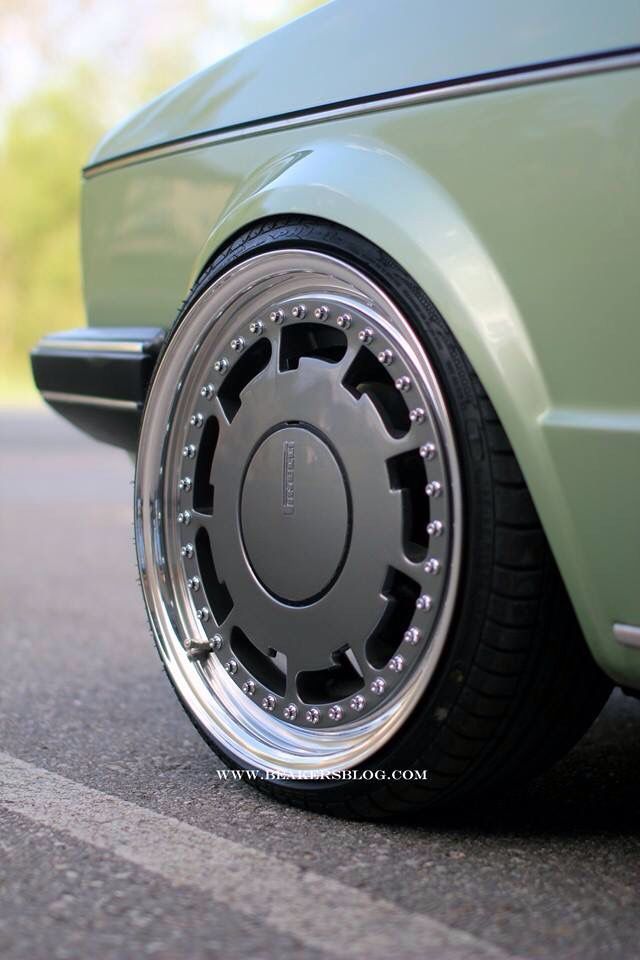 You had the plain ridiculousness of the Ronal Bear:

…but Davey Johnson, West Coast Bureau chief from Car and Driver says, “They’re so silly I just don’t mind them.”

Colin Stenhouse from Stenhouse Racing admits his dark secret: “I sold American Racing beauties in the late 1980s and early 1990s. So many spectacular designs and colours I can’t pick just one.” The American Racing AR-39 came in a range of colors including yellow, red and that seafoam green from about 2/3s of Ford Rangers of the era.

The 1990s took a lot of the shapes of the 1980s and morphed them into something even more sinister. Tony Sestito from BangShift.com calls out the Primax 315:

…as well as the American Racing AR 636, a chromed, six spoke nightmare:

The 1990s also brought us the same kind of ludicrous behavior as the 1980s, with the Sport Edition Daisy Wheels that came along about 38 seconds after Volkswagen introduced the New Beetle in 1997.

“They were just OH SO ADORABLE for the New Beetle,” says Alex Nunez, formerly at Road & Track. “Make me want to become a serial killer.”

As bad as the 1980s and 1990s got, nothing could top the obscene awfulness of the Status Grinder:

The trend in the 201os is to fit trucks with the biggest, blackest, chunkiest wheels possible, which The Truth About Cars‘ Sajeev Mehta calls “Let’s Make America Great Again,” which is particularly fitting because the XD Misfit is proudly manufactured in China.

We’ve given you ten abysmal wheel designs. Which ones make you roll your eyes?